In Dutch, the name means “solitude”, and is a reference to the property’s isolation from Cape Town when the farm was named in 1693 – a time when a journey of 60km required a good horse if the rider wanted to arrive within a day.

A shortage of grain, fresh fruit and vegetables in the Cape obliged the governor of the Cape, Simon van der Stel, to allocate small farms to officials and soldiers of the Dutch East India Company.

The soldiers and sailors mostly came from the German states, and normally had a 5-year contract after which they could either return home to their families or apply for a farm to be granted to them and become free burghers in the Cape of Good Hope.

In 1693, Claas Dippenauw became the first owner of what was then a 60-morgen farm, and called it Eenzaamheid. After his death in 1715, his widow, Sara Tas, inherited Eenzaamheid and later sold it to her brother, Adam Tas.

In 1722, Philip Morkel bought Eenzaamheid from Adam Tas’s estate and when he passed away, his widow, Katharina Pasman, inherited the farm.

Their daughter, Sofia, married Johannes Albertus Myburgh and they acquired Eenzaamheid in 1764 for an amount of 6000 Gulden (+- R50 000 in today’s value).

Johannes and Sofia’s son, Phillipus Albertus Myburgh, inherited Eenzaamheid, and when he passed away, his widow Helena inherited the farm.

In 1826 a new foreman named Pieter Franciscus Melchior Briers arrived at Eenzaamheid, and in the same year he married his new employer’s daughter, Hester Myburgh. In 1869 one of their descendants, CJ Briers, married Helena Josina Myburgh.

Their daughter, Engela Hendrienna Briers, married Jan Nicolaas Louw, who also worked on the farm as a foreman. This marriage was however bound by a testamentary condition – Eenzaamheid was Briers family property, and Jan had to incorporate his bride’s surname as part of his own, in order to acquire ownership of Eenzaamheid.

Therefore, in 1926, Jan’s surname was officially changed from “Louw” to “Briers-Louw”. 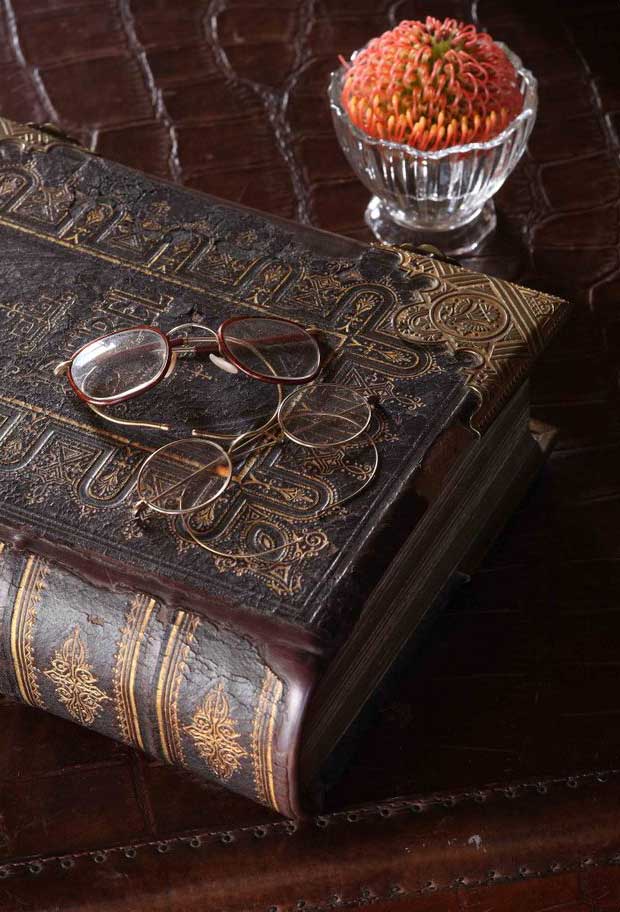 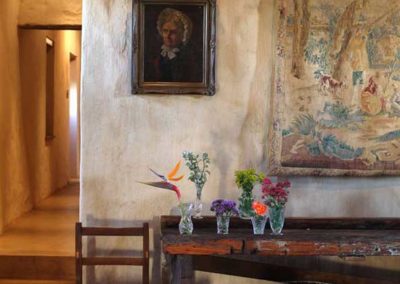 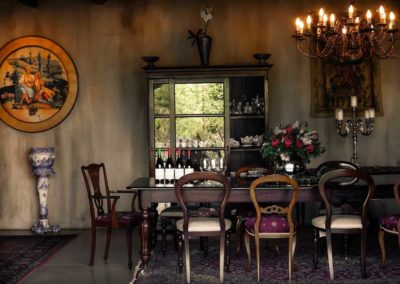 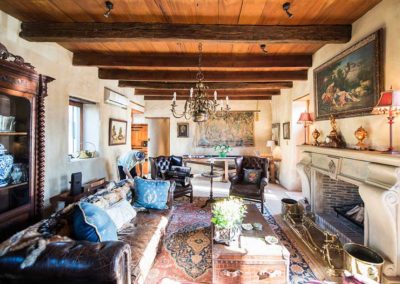 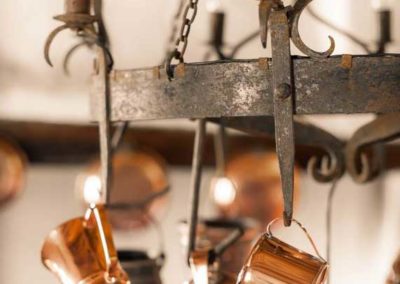 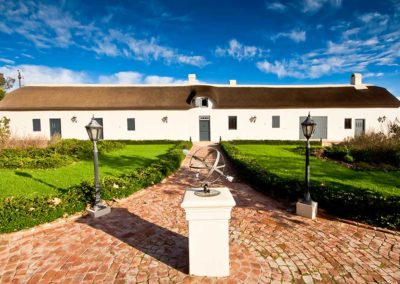 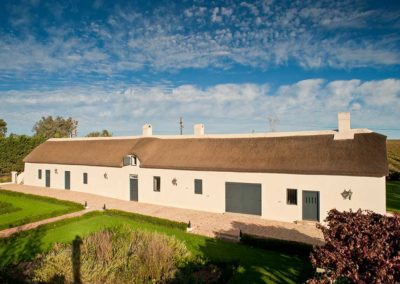 Buildings and architecture of Eenzaamheid

The original farmstead, which still exists today, was built before Eenzaamheid was granted in 1693. This building was constructed in the same era as the Castle of Good Hope and is known as a “pioneer dwelling” with its distinctive wolf-nose gable.

It is 40m long and 4.5mm wide and was used partly as homestead and partly as shed. These buildings were normally built to knee-height from local stone followed by layers of homemade bricks of clay and straw.

Eenzaamheid’s pioneer dwelling caught fire at some stage and the heat that baked the clay is possibly the main reason why the building still exists today.

The farm’s original threshing floor can still be seen today. Here, sheaths of wheat, brought from the fields by wagon, were thrown on a canvas. A team of horses would then run in circles over the wheat several times to break the bundles and loosen the seeds to separate the wheat from the straw.

In 1793, a T-shaped Cape-Dutch house and a very attractive, broad-shouldered bell tower were built next to the pioneer dwelling.

The original bell tower, or slave bell as it was called, can still be seen today. These bells were used to wake the farm workers and to announce the beginning and end of every workday. There were unique rings for danger, fire, and the different work times of the day.

We use cookies on our website to give you the most relevant experience by remembering your preferences and repeat visits. By clicking “Accept All”, you consent to the use of ALL the cookies. However, you may visit "Cookie Settings" to provide a controlled consent.
Cookie SettingsAccept All
Manage consent

This website uses cookies to improve your experience while you navigate through the website. Out of these, the cookies that are categorized as necessary are stored on your browser as they are essential for the working of basic functionalities of the website. We also use third-party cookies that help us analyze and understand how you use this website. These cookies will be stored in your browser only with your consent. You also have the option to opt-out of these cookies. But opting out of some of these cookies may affect your browsing experience.
Necessary Always Enabled
Necessary cookies are absolutely essential for the website to function properly. These cookies ensure basic functionalities and security features of the website, anonymously.
Functional
Functional cookies help to perform certain functionalities like sharing the content of the website on social media platforms, collect feedbacks, and other third-party features.
Performance
Performance cookies are used to understand and analyze the key performance indexes of the website which helps in delivering a better user experience for the visitors.
Analytics
Analytical cookies are used to understand how visitors interact with the website. These cookies help provide information on metrics the number of visitors, bounce rate, traffic source, etc.
Advertisement
Advertisement cookies are used to provide visitors with relevant ads and marketing campaigns. These cookies track visitors across websites and collect information to provide customized ads.
Others
Other uncategorized cookies are those that are being analyzed and have not been classified into a category as yet.
SAVE & ACCEPT
0
0
Shopping Basket
Your cart is emptyReturn to Shop
Continue Shopping